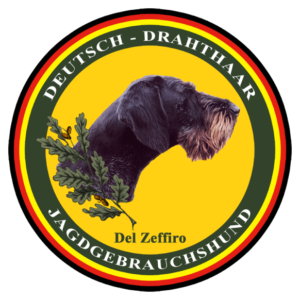 Who was Alexander Lauffs? He has been the German gentleman that wanted, followed, reached (with the whole human energy possible) and ideated the hunting breed: Deutsch Drahthaar!

The VDD represent the Deutsch Drahthaar breed and Alexander Lauffs highly wanted the VDD. Even if he was not present with Carl Koch, G. Meier and J. Kohlhase on the foundation day of the VDD on May. 11, 1902 Lauffs has been the one who most wanted the club to be created.

Alexander Lauffs as many of the first Drahthaarmänner has been first of all a Pudel Pointer (PP) dog breeder, but then he decided to take his own road by virtue of his absolute opinion divergency about the dog breeding system.

The PP supposed to be the union between only two breeds of dog (hunting Pudel and English pointer) and consequently their product. But for Lauffs this formula was too tight. He has been the true revolutionary man, the big researcher. His mottos were: 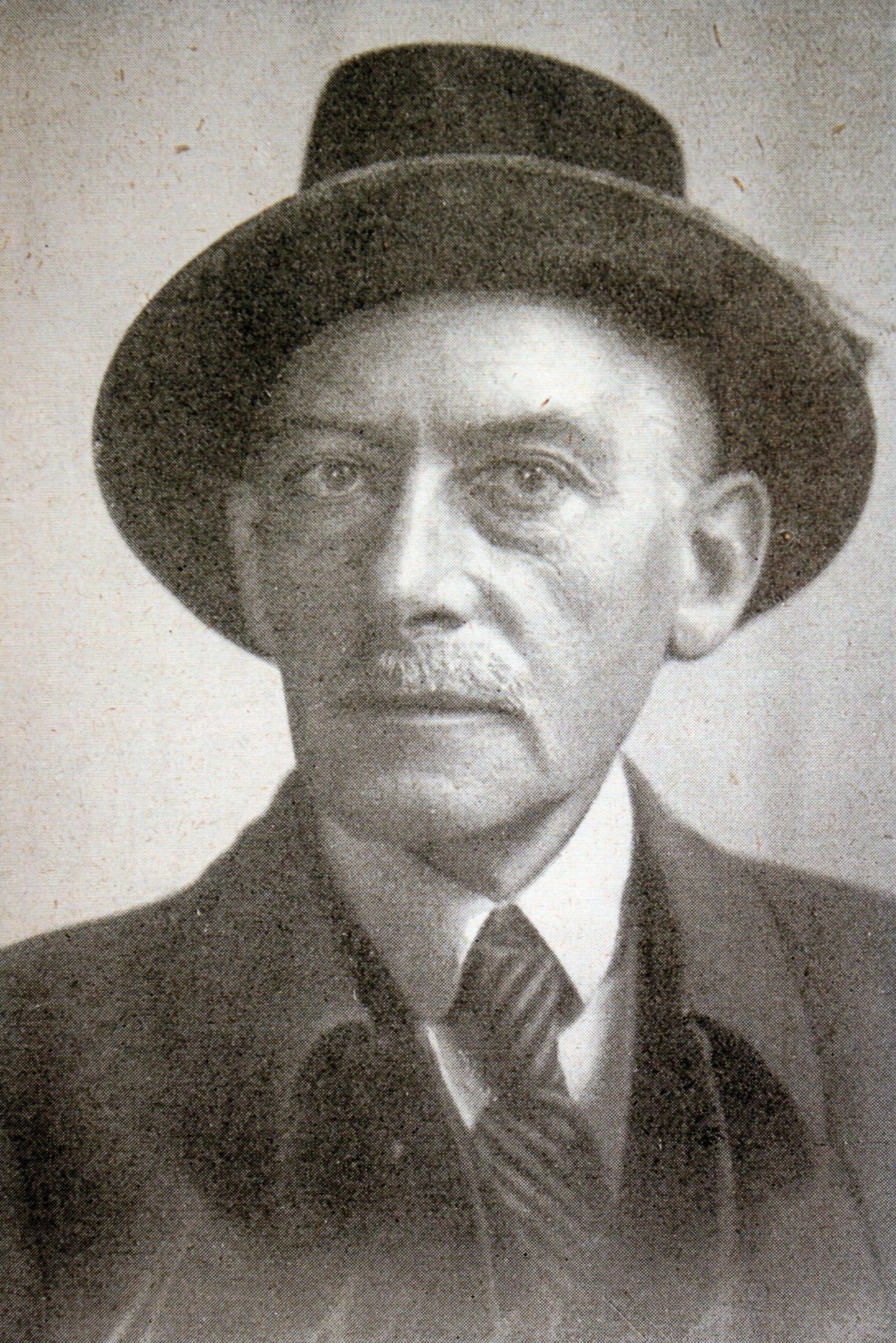 “Züchte den Drahthaarigen wie du willst, nimm das beste wo du findest, aber züchte ihn!”
(Breed the Drahthaarigen as you want, take the best where you can find it but breed it!)

These mottos have been the basis that stimulated every VDD breeder. Alexander Lauffs was the embodiment of the antique German proverb: ‘Wo ein wille ist, ist auch ein weg!” (where there is willingness, you will find a way!). Lauffs was a man of giant culture, especially about hunting and HUNDESWESEN. He came from a wealthy family from the Rhine Land, his ideas and suggestions direction of the VDD club and the DD breed always started from his luxurious residence in Unkel. Alexander Lauffs was by nature a quiet and reserved man, a man of fine manners, elegant in thought as well as in actions.

He often spoke like a poet, citing Latin, French and English phrases. But essentially Alex Lauffs was a truth seeker talking about the DD breed; he was a soldier dressed in iron and leather who fought false dogmas and selfish impositions. He has been an emblem of freedom of thought in a society too rigid and full of pre-built schemes. He gave the turning point.

His writings about the transmission of hereditary characters (Mendel), color of the fur and close consanguinity breeding have no equal in style, content and literary exposure, as his reports on the results of the DD dogs in the years (with comments and suggestions) and his exaltation of the biggest Deutsch Drahthaar: Blücher vom Geyerstein and his “magic blood”.

No one before and after Alexander Lauffs has been able to deal with these topics for the DD breed with so high competence and incisiveness.

The VDD not only bears the name of Alexander Lauffs, but also great men like Carl Koch, Dr. Hilbrig, P. Dorff, Dr. Stroese, G. Richert, G. Berkhan, H. Schmidt-Bisten, T. Reidel, F. Ostermann, Ing. Pascoe, Konig, K. Siepen, Van Gulpen, Meier, Kohlhase, G. Wulf, Von Armin, Dr. Tabel and others contributed to the club’s journey, until the VDD gain the fame of the strongest dog hunting club all around the world. But Lauffs was the pilot, the engine, the great guardian with a strong German ethical and cultural principles (WEIDWERK).

The VDD members used to call him “Der Weise vom Rabenhorst” (The wise from Rabenhorst) or “Vater Lauffs” (Father Lauffs). As breeder he was a true artist (like Dr. Ströse defines him); he knew how to choose and mix carefully “seed by seed”. Lauffs tried all the possible dogs breed combinations through an absolutely careful selection (Auslese). In his combinations he used this dog breeds: Griffon K., Pudel Pointer, D. Stichelhaar, D. Kurzhaar and Pointer.

Devoted disciple of Hegewald and Oberländer, he has been faithful to their cultural values (WEIDWERK) until his death. He admired E. K. Korthals and considered him the first real Drahthaarmann for his ideas and selections.

Alexander Lauffs respected always and above the principle and the motto of prince Albrecht Solms-Braunfels: “Durch Leistungsfähigkeit zum Typus” (Through performance to the type).

In my personal opinion, Alexander Lauffs should be celebrated in official way every year from the VDD. To him we owe the same club VDD, to him we owe the DD! Lauffs was essential for the birth of the VDD and the VDD represents the Deutsch Drahthaar!

Another historical note about this amazing man: Dr. Engelmann stated that to create dogs with character (in the fullest sense of the word) a breeder with character was needed. And Alex was one. He was a man with a great character, a real historic imprint!

Two of the most famous males from his breeding were definitely the unforgettable Hektor vom UnkeIer-Rabenhorst and Waldmann vom Unkeler-Rabenhorst that has been used in the most important blood lines of the past breedings. 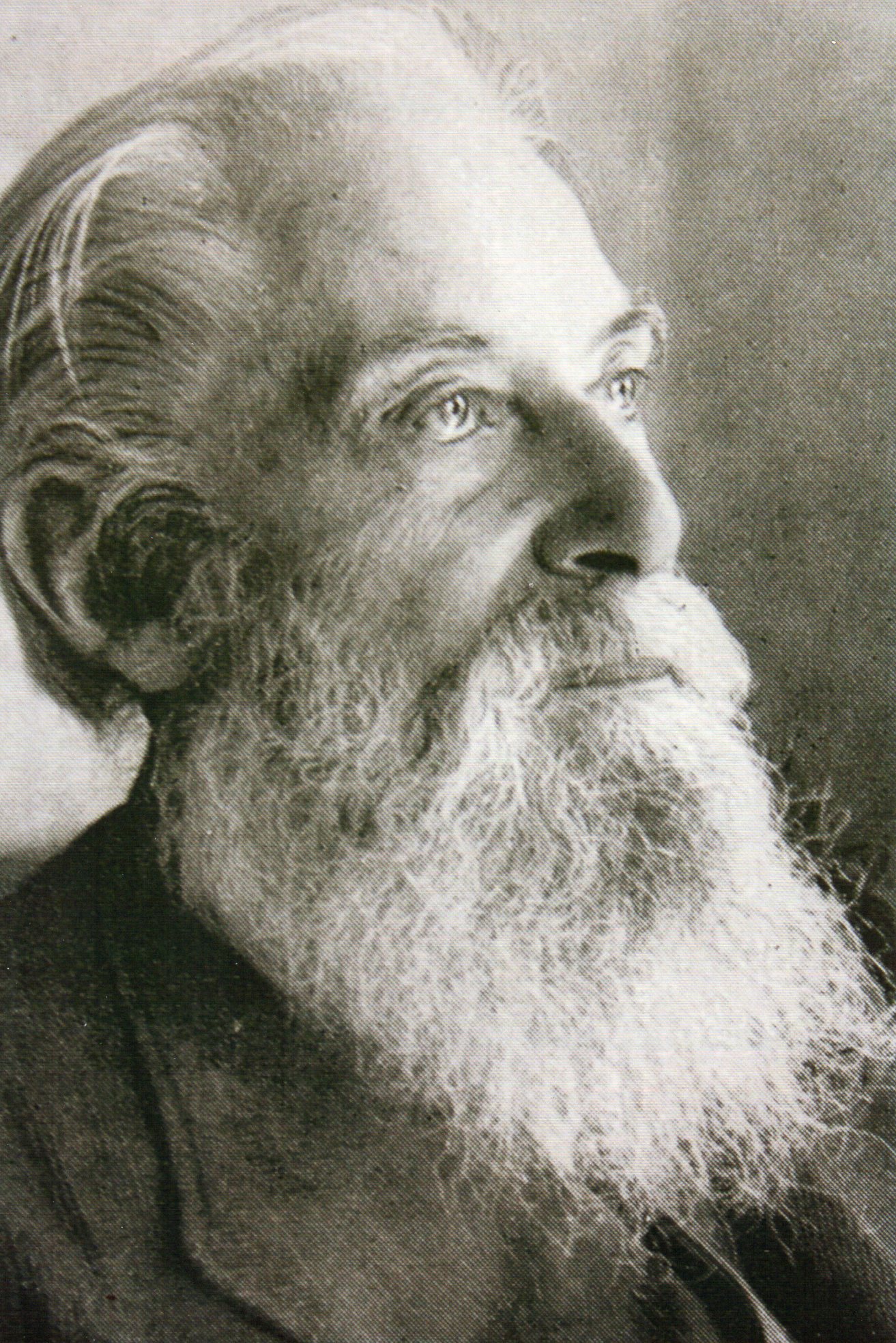 Thanks to his black roan female dog (schwarzschimmel), Chorina Vom Unkeler-Rabenhorst started the strong spread of this beautiful color in the Deutsch Drahthaar breed, when she has been sold as a puppy to the forester Warzecha.

Hegewald’s spirit infused Alexander Lauffs’ love for the hunting, for the German forest and the environment in general (always WEIDWERK), and then again, the desire to create a vollgebrauchshund ideal for hunting and the best for its serious and disciplined breeding. Talking about breeding: Lauffs had a great finesse in the choice, he was perfect and flawless but above all, what he did was credible and he has always tried to transfer this ideal to others, as a really great, true Master should do.

This aristocratic German of the mid-800, happy poet of hunting has been president of the VDD from its foundation in 1902 until 1934, then he was honorary president until his death in 1951.

I am proud to own many of his autographed books, rich in notes and suggestions useful for breeding. Thank to these books belonged to this “giant”, I have been able to give in many years of breeding DD great teachings, but especially they gave me emotional strength.